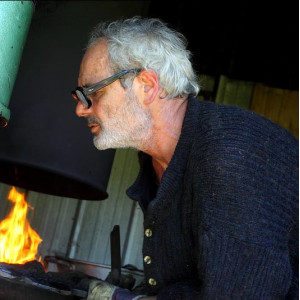 Having practiced metal fabrication, Maxime Plancque became a skilled metalworker at the age of forty and developed a passion for sculpting. Originally from Rouen, this iron enthusiast decided to train at the Strasbourg School of Art, and in 2010 moved to Sourdeval in the department of Manche. There, he committed his energies to forging the iron that fascinates him, transforming the living and malleable metal into slender, graceful and very expressive figures. He has since exhibited his work regularly both in France and abroad, and has won numerous awards including two European awards in 2005. For the past five years, the sculptor has dedicated himself more to creating large-scale pieces. Maxime Plancque is a figurative artist who, like Giacometti, chooses to portray the human figure through simple, willowy silhouettes that have an unfinished appearance. In a style that is very personal, he creates a whole world of humanoid figures in which strict geometry combines harmoniously with shape-softening waves. He does not work from live models but takes his inspiration from the natural shapes he sees in surrounding landscapes. His characters, which are often inordinately elongated, are schematic and stylistic, almost abstract in style.

By expertly hammering the iron, which he heats to a temperature of 1200°C, Maxime Plancque is able to sculpt expressive shapes, his seemingly haphazard approach playing a vital role in the creative process. Armless busts and long legs suggested simply by one stem contribute to the energy and magic of the pieces. If the surface treatment enhances the material, then the graphical treatise enriches the pieces with particularly decorative aspects. “I love working on silhouettes, postures and expressions,” explains Maxime Plancque, who takes a certain distance from the real world and has a talent for breathing life into matter.

Much like the schematic anthropomorphic figures in iron and bronze created by British sculptor Lynn Russell Chadwick, his sculptures contain great emotional power, as through the fire has conferred them souls. The artist’s spatial treatment is particularly original and interesting, because his figures, which are intended to be observed from all angles, can be moved and orientated on their pedestals. The aim is to be able to reassemble them and position them in numerous ways, playing on subtle effects of light and shadow. Symbols of mankind in all its fragility and tenderness, Maxime Plancque’s characters possess the materiality of bodies and are the metaphor of the spiritual man.

They are a unique, timeless and poetical creation, intended, according to the artist, to share his dreams, passions and emotions. They are an invitation to enter the artist’s inner world. 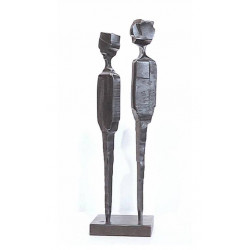 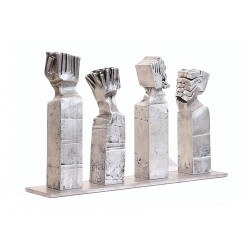 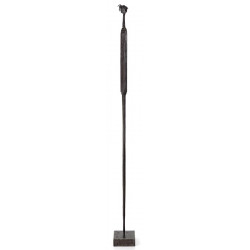 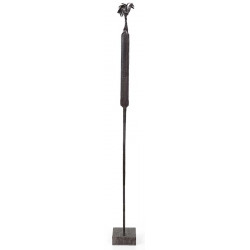 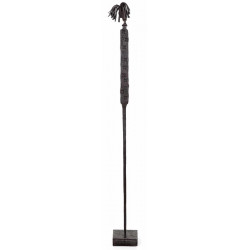 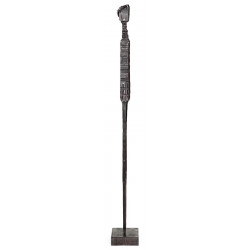 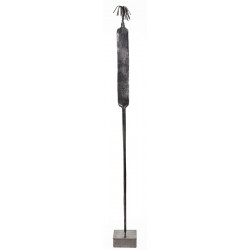 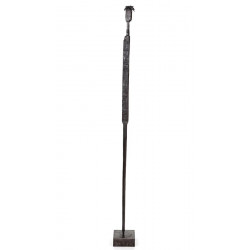 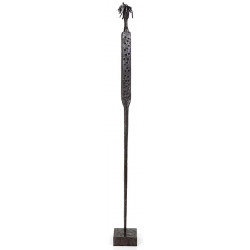 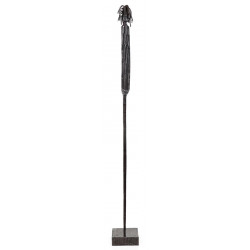 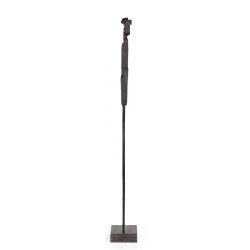