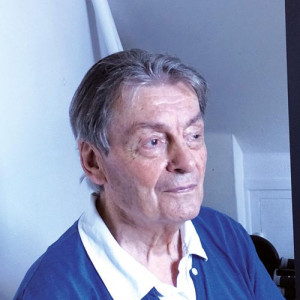 Originally from Berry, Jean-Serge Seiler began painting at a relatively late date. In search of a “new identity”, the process that led him towards artistic creation turned out to be an essential turning-point for him. Between 1990 and 2001, he was trained in oil techniques by Sauveur Cardonna at the Atelier de Clères, then by Pierre Godet at the Academy of Visual Arts in Bois-Guillaume, where he also studied pastels with Daniel Caplain. Since 2001, he has regularly participated in the Salon of Rouen, and attracted attention at numerous regional exhibitions.
Throughout his career, Jean-Serge Seiler has been the perfect demonstration that an artist can get to the point, and do so by representing a synthetic world that sweeps us up into an innovative cosmic vision. If Jean-Serge Seiler can be described as a “landscape painter,” then his very unique work renews the theme in a multitude of variations, drawing the eye towards distant and profound horizons. This new world vision raises questions and cannot fail to leave the observer indifferent. It is entirely consistent with the history of landscape art as it developed in the West, and emerges as a sublime culmination of a theme that has captivated artists since Patinir, the famous 16th century Flemish artist who is reputed to have invented the “landscape genre” by painting it for himself. It also has the Romantic echo of John Constable, who was fascinated by nature, and of Caspar David Friedrich, the German who confronted mankind with a universe that escaped him. Yet with Jean-Serge Seiler, there is no human presence to be seen... The landscape, that of our origins or genesis, remains empty because he invites us to enter it for ourselves. And so we participate in an internalisation of nature, one that is called to commune with the observer’s soul.
Imaginary landscapes are conjured onto canvas with each new creation, as though hatching after a long period of being incubated in Jean-Serge Seiler’s inner world. Each piece becomes the culmination of a dream as it leaves the silent torpor inhabiting its creator. Although small or medium in scale, his compositions leave us with the strange impression of immensity. Sky, earth and water are conveyed with power and beauty in an unsettling style which, although always figurative, attains a high level of starkness, coherent with the artist’s deliberately simplified drawings, the intention being to exalt reality and to confer it with symbolic value. The dreamlike quality of the pictorial language, which is a constant in Jean-Serge Seiler’s work, is rendered in flowing brushstrokes and subtle monochromes of reds, ochres, blues or greys according to the theme of each of his series. His work also reflects an ability to render atmospheric perspective through the gradual blurring of shapes, which fade into the mist. His use of white, the hueless colour banned since the end of the 19th century, becomes fundamental in creating lighting effects, in allowing the painting to “breathe”, and in giving a little freedom to the imagination. His works therefore give us the feeling of entering a pacified world, one that is both infinite and timeless.
An insatiable explorer, Jean-Serge Seiler invites us to follow him not only on a demanding quest on a purely visual level, but also on a journey beyond time and space, elements that he conveys in his paintings through light, which for him becomes synonymous with eternity. His work is a veritable invitation to meditate on the human condition and its finitude, and the eloquent titles of his paintings or series reflect both his poetic dimension and the metaphysical reflection they suggest. 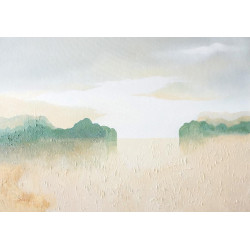 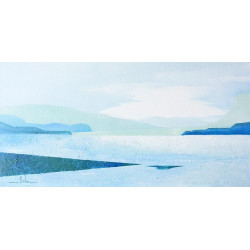 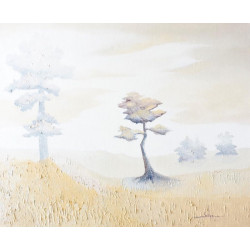 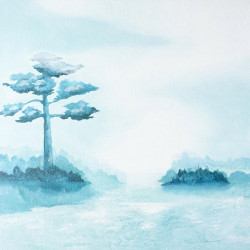 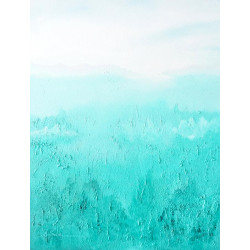 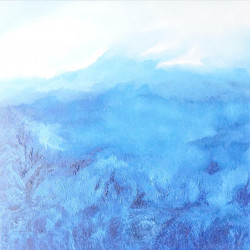 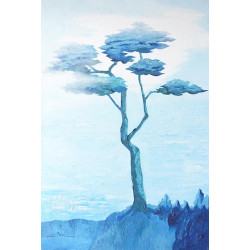 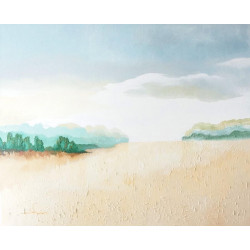 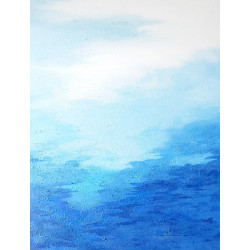 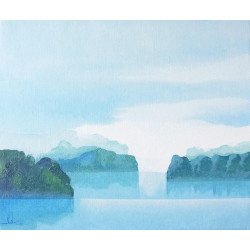 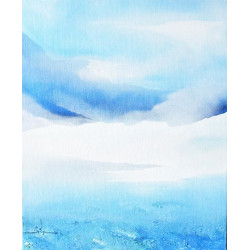