Originally from Morlaix (Brittany), Jean Ostovany developed an interest in painting at a very early age. By the age of twelve, he was already copying Impressionist paintings. Whilst studying medicine, he also honed his technique thanks not only to lessons with landscape painter René Ricard but also to his constant interest in contemporary art. He has exhibited regularly in Normandy since the late 1980s.

Deeply inspired by his love of nature, and his constant desire to reproduce it, his approach to the tangible world strikes us as very original. He sees this world with fresh eyes, and encourages us to go beyond the universe as we perceive it, to a vision that goes from macrocosm to microcosm: “If you shift your viewpoint, another world appears. A fragment becomes a whole, in a paradox of perception between the infinitely great and the microscopic,” he states. Although landscape art dominates his work, still lifes are also very present.

A proponent of mixed media art, he works on canvas or paper with inks, dry pastels and acrylics, adding seeds or walnut stain to portray both movement and immensity, particularly in his seascapes, where deep contrasts are developed with rare intensity. In 2018, his favourite medium became wood ash, which is skilfully mixed with acrylic before being applied, and is also used for finalising artworks via methods of smearing or splashing. This medium appears as the symbol of the sublimation of nature in its infinite splendour. The artist plays with the texture effects it creates with great spontaneity, ever seeking to surprise the viewer that little bit more. His palette perfectly reflects his desire for omnipresent darkness, playing on shades of black and grey, white and ochre.

We see in Jean Ostovany’s art not only the influence of ancient Chinese landscape painting, which he admires, but also the rigour of Abstraction (the absence of human figures does not imply here total detachment from the objective world), as well as the importance of painterly gestures reminiscent of Abstract Expressionism, and above all a degree of poeticism inherent to Informalism, which rejects design in favour of flat planes. As with Informalism, material and gesture are foremost, and this material emerges from the chromatic mix, which is in itself a material. By using a highly efficient strong rhetoric, Jean Ostovany’s work is nothing less than an original and novel projection of the artist’s inner world. 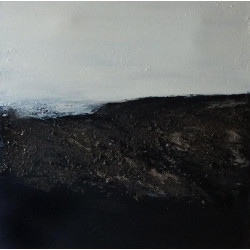 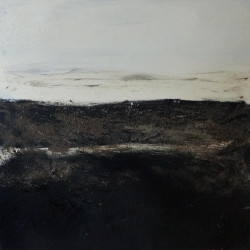 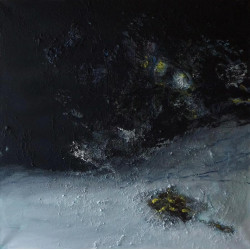 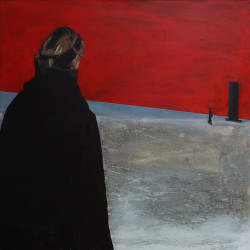 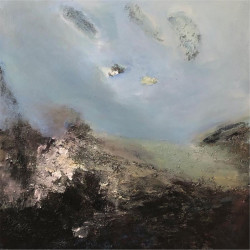 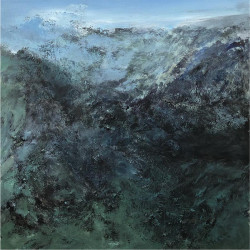 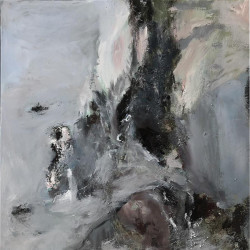 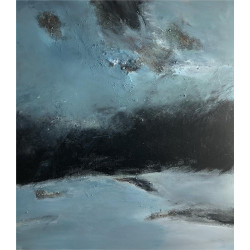 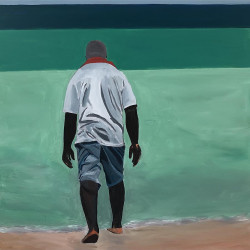 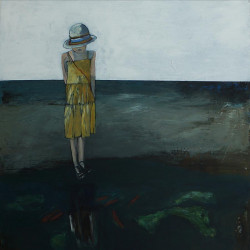 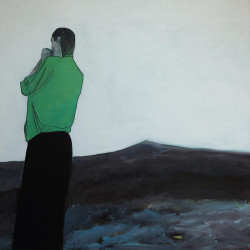 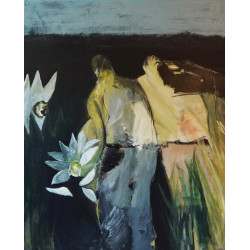