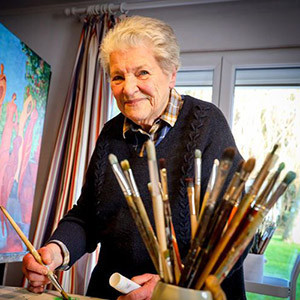 It is to the land of Houélée that Josette Houel takes us, an ancient sand-buried city born of her passion for archaeological digs and her imagination. Resolved to unveil a world that stems from the collective subconscious (from an Atlantis engulfed in waves, via a Sodom and Gomorrah destroyed by the flames of divine vengeance, all the way to Arcadia, that idyllic land of a definitively lost “golden age”), Josette Houel revealed this philosophical tale first through writing and publishing her artist notebooks, which are hand-illustrated with masterful drawings, then through visual techniques as diverse as painting, sculpting and weaving, all of which have been represented in various solo exhibitions. Rare are the artists who unveil the secrets of their creation with so much eloquence and coherence.

It was in 1969 that Josette Houel approached pictorial techniques as an autodidact, gradually evolving from classical figuration to a very original stylised figuration, flouting the convention of representing reality. From 1976 onwards, she decided to unravel “Ariadne’s thread” in search of her mythical city, in order to become, in her own words, “the guardian of its memory”. Josette Houel’s paintings therefore fall under the noble genre that in Art History is traditionally called “History Painting”. They reveal a wholly personal mythology, one that develops in the flourishing theatre that is the fantastical and symbolic world of Houélée, with its splendid buildings, ancient statuary and lavish frescoes, not forgetting the life of its enigmatic inhabitants: the Houléïdes.

When composing her paintings, which are sometimes large in scale, Josette Houel often draws inspiration from photos of archaeological sites, then in her mind’s eye imagines the decors before reproducing them on canvas. She subsequently adds in groups of slender women who, merely sketched as silhouettes in flesh or stone, often appear in bountiful natural surroundings against colourful landscape backgrounds. While some are lively and dance, others look petrified or imprisoned by the chains that shackle them. The artist’s palette is varied and flamboyant, bright colours are contrasted, and lighting effects highlight the life of this ancient people as they reawaken under the painter’s skilled brush. The stylisation and simplification of figures and scenes, as well as their expressive freshness, demonstrate a desire to exalt subjects that is characteristic of Naive Art, which her work resembles on a purely formal level. However Josette Houel also proposes an exceptional dynamic corpus stemming from both Symbolism and Surrealism, by combining a sort of mysticism with the strange vision of a fascinating, seemingly dream-induced microcosm.

A tireless humanist, she now pursues her exploration into mankind’s history, and into “the individual in this vast world, its sphere of survival amid all that moves and can nibble away at it,” in order to invite us to follow her on new voyages of discovery… 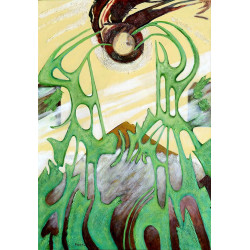 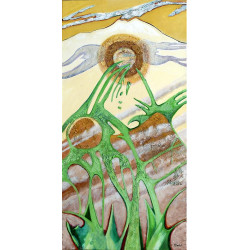 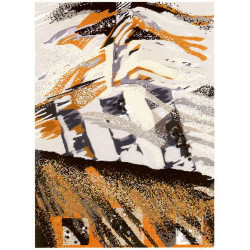 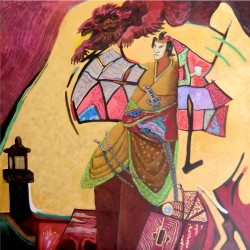 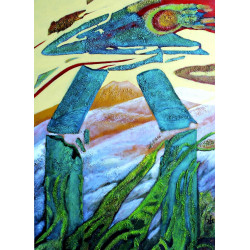 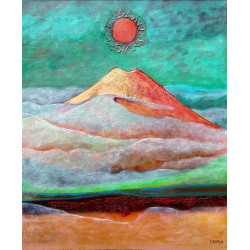 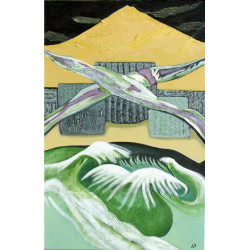 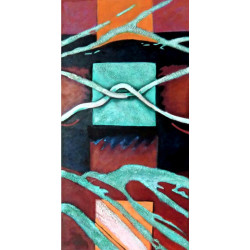 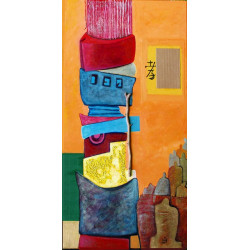 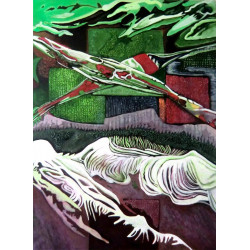 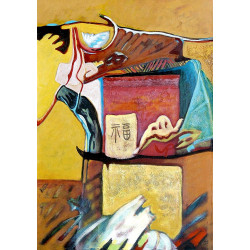 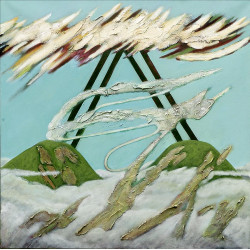